Online courses for free – Yale are provided to the public thru the university’s Open Yale Courses website.

The free courses are actual lectures conducted by some of the university’s high-caliber professors and lecturers, recorded and then presented in two formats: audio and video. 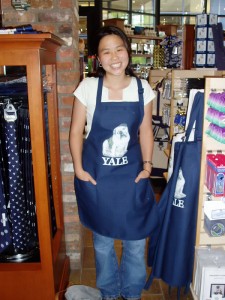 The university aims at providing free, quality courses covering different areas of study to individuals from all across the globe for supplemental education or just to have a taste of the university’s type of education.

When you check out the courses directly from the Open Yale website, you will also be given information as to when the lecture was delivered and recorded. You will find that most of the courses were recorded some years ago already; generally between the years 2006 and 2010.

Although some of the contents of the lectures may be outdated already owing to the fact that they were conducted 6 or so years ago; you will still find the lectures interesting, informative and engaging.

Some of the courses have lectures on specific topics; others just provide one course per category. For instance, Astronomy only has one course lecture: Frontiers and Controversies in Astrophysics, recorded in 2007; while others have two or three different lectures per course.

For the Italian Language and Literature course, the available free online course as of this writing is Dante in Translation recorded in 2008.

When you click on each course, you will be given a brief introduction to the lecture and also a brief background on the professor who delivered the lecture.

Online Courses for Unemployed
Unemployment in these times of recession is a global issue and a lot of highly-qualified individuals find themselves accepting menial jobs just so they can earn their keep no matter how measly the salary. If...

Online Courses for Free Harvard University
A Harvard education can help you fulfill your dreams of working as a professional in whatever field you choose. Regarded as one of the best schools in the world, Harvard’s reputation for providing quality education...

Free Online Courses for Students
Because there are free online courses for students, tuition is no longer a problem. With free high quality resources on the web, anyone can continue their education using computers. Wide Array of Choices If you...

Online Courses for Free Degrees
Online courses for free degrees have become a reality thanks to the power of the Internet. Those who can’t afford to pay full tuition can turn to the web. Many of the top universities in...